No headshot session is ever the same. People are different. They are driven by unique passions that are expressed in such incredibly creative ways. Roxanne has done that with her launch of Vibrante.

Housing inspired by The Golden Girls

Inspired by the show The Golden Girls, that ran from the mid-80’s to the early 90’s, Roxanne started thinking about how she could bring the lively, happy vibe of the four television golden-agers to Minneapolis.

Now, Vibrante, an elegant stone and stucco residence overlooking Lake Nokomis in South Minneapolis, offers the same familiar comfort to women in their 60’s and 70’s. Whether they are widowed, divorced or never married, they will fit in at Vibrante. The interior of the home has been completely remodeled and updated. It includes shared spaces of a library, sun porch, dining room, kitchen and living room. There’s even a fireplace, and each of the four personal suites have a private bathroom.

Vibrante also includes a concierge service. Roxanne, acting as concierge, assists residents with “anything from getting tickets to the Guthrie and dinner reservations and setting up transportation if you want somebody to go to the doctor with you,” according to a Star Tribune interview. “This is a social experiment,” Roxanne said, sharing her vetting process to ensure the women selected will share similar interests, lifestyle habits, political views, value and conflict management.

After I heard the whole story, I thought, I would totally want to live there!

It is such a treat to hear about the visions and goals of our headshot clients. I was so impressed by Roxanne’s passion for Vibrante. Part of her drive is to give single, mature women someone to come home to at the end of the day. And I was thoroughly inspired by her ability to reinvent herself with this creative venture. I love the idea of providing a place for older single, divorced or widowed women to remain active, vibrant and thrive in a community of like-minded women, and hopefully, friends. When Roxanne told me she had worked in social services for many years, it made complete sense. And she’s a vibrant, mature and active woman herself.

I was delighted to meet Roxanne in person, because she is married to Jennifer Polzin. Jen was in the studio several years earlier for her own headshot session. I still remember her session fondly. It was just prior to her being named CEO at Tubman. Tubman helps women, men, youth and families who have experienced relationship violence, elder abuse, addiction, sexual exploitation or other forms of trauma. During her session, we focused on her brand as a leader of that organization. At that time, Jen had already worked at Tubman for more than 10 years. Now she was hoping to lead the organization into the future. After being named CEO, Jen emailed me saying, “Those fabulous headshots certainly gave me an edge!” That totally made my day 🙂

Both Roxanne and Jennifer are dedicated to helping others, so it is fitting they would find each other.

Thank you, Roxanne and Jen, for the privilege of taking your headshots and, congratulations, Roxanne, in bringing your concept to a very special reality. 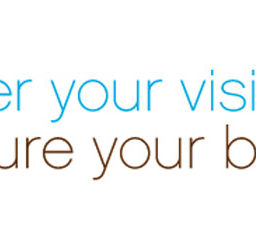 KeliComm named entrepreneur of the month! 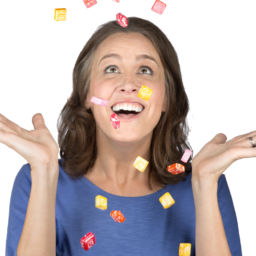 Irreverent, Inspiring Toni Halleen Turned Up the Spunk on the Studio Floor

You are sweet! I am 71 years old !i love the pink top. Good choice. Where do I click to get the photos.? My IT person at REMAX will need it to use in my web and marketing material.
Thanks! Jan